It's been a busy year. I feel like it's been ages since my last post. Not that I have any readers to apologize to at this point but I should apologize to myself for not keeping up with the blogging. So much has happened. I have a list of happenings I want to share. So to catch up I'll mimic my new passion of bullet journaling and make these events bullets.

• I won an award. Two actually. My magazine won for General Excellence in our readership category at this years American Horse Publications Equine Media Awards. This alone is a great honor for the entire team, but I also took first place for editorial spread. The judges comments confirmed what I thought about the layout. (The image below is of the opener of the winning layout. I plan to photograph the rest of the pages and post them later.) 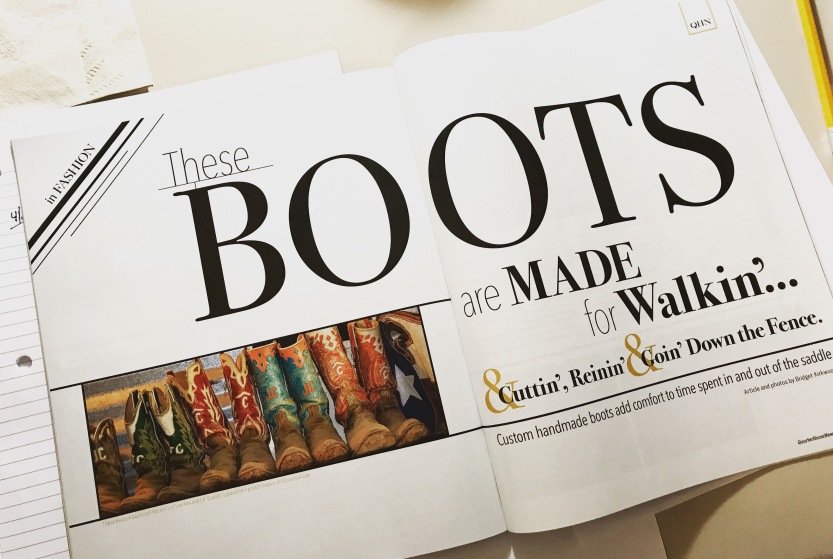 • This one is tough to even type. My cat died. Her name was Ella. She was 15. I had her all her life. I miss her everyday and I imagine I always will. I'll write more about her at a later date. Right now it's too difficult.

• I've discovered the wonder that is Bullet Journaling. Now, I've always been a planner. Over the last few years I've gone from store bought planners to designing my own planner pages to falling into the world of Passion Planners and now I'm taking a stab at bullet journals. I've gotta say I think it's the thing I've been missing when I was designing my own planners.

• My typography project has hit a hiatus. I've read half the book. It's very interesting. But, there's a whirling madness that happens once an issue of my magazine gets rolling. Any side projects tend to take a back seat. When one issue is done there's an in between period where I prep for the next issue. And it goes round and round. Because each issue is different the hiatus in between varies so when it's longer I pick back up on other things. This time I found myself looking at bullet journaling. Which in a way is a sidebar to the typography project.

• Changes at work. Lots of them. I won't got into detail but I'm looking forward to the future with my team.

• There were so many events that happened over the last several weeks. We traveled to my hometown for a family wedding. Had a bridal shower for my step-daughter and we've had lots of ranch work to keep up with too. Though, admittedly my husband does most of it. I'm usually at work. But I love getting out there to help when I can.

• I've got a small list of short term and on going projects at home to tackle as well. The bullet journaling has helped me weed out the details. It really is a useful planning system in highly recommend it.

I'm sure I've neglected to mention something but this post is long and I'm worn out for the week.

Yinz have a good weekend. I'll be back blogging again soon. I have more art to talk about.